You are here: Home / Archives for All of Our Free Games / Teens & Adults

Directions: This game is a cumulative memory game, similar to “Grandmother’s Trunk.” The basic idea is that players assemble in a circle then each person adds a bit of information. All the accumulated information must be repeated at each player’s turn. The game can get challenging if there are lots of players and therefore much info to remember. To make it cooperative, the group quickly helps any player who gets stuck.

In Musical Memory Builder, each player makes a musical sound when it’s his turn. The game is over when everyone in the circle has had a chance to add a musical sound and the entire group repeats the string of musical sounds as a grand finale. All together, the slaps, whistles, claps, etc.  will make an improv musical phrase!

Directions: This game is for five or more people. It’s a quick game, and good as a closure activity. All players stand in a circle with hands over head, and each hand making a peace sign. The group facilitator says “We are all perfect pieces of the puzzle” so let’s bring our peaces together.” At this point the group lowers hands to join all the peace signs together making a ring. Then the group raises hands and makes a wooshing sound as all the peace signs are lifted into the air. While the peace signs are being lifted the facilitator says “ We send our peaceful energy out into the world.”

Suzanne’s Note: This is a “Humandala” game I learned from Daniel Levy, creator of the Humandala website.

Directions: A great way to introduce people in a group is to stand in a circle. A ball is tossed from player to player. When someone catches the ball, he says his own name as well as the name of the person who threw the ball to him.

You can add some more sharing to the game by having each player give a one-word summary of how they’re feeling today and repeating same from the person before them. For example, When Mary throws the ball to to Tristan, Tristan repeats Mary’s name and how she feels as well as adds his info, e.g., “That was Mary and she’s feeling busy today. I’m Tristan and I’m feeling content.”

Directions: This game is played in a group. First someone volunteers to be the “therapist.” Everyone else is the “patient”.  The therapist leaves the room while those remaining behind decide what kind of patient they are—what their disorder is. For example, the patient could have a phobia of heights, or amnesia, etc. When the group decides what malady it has, the therapist returns. He tries to guess what’s ailing the patient by querying each player with questions.

Suzanne’s note: This is a fun party game for teens and adults. 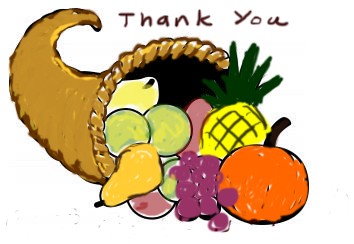