You are here: Home / Articles / The Cooperative Games Blog: The Green Team

One answer is that cooperative games teach cooperation. But then, what’s so great about cooperation?

Today we’re launching a blog series called The Cooperation Chronicles to answer that question. Cooperation is a rather unsung virtue in the culture these days. Rather than peaceful and productive cooperation, we often glorify competition with its dramatic contests, winners and losers, ups and downs, and inherent adrenaline rush. Competition is telegenic; cooperation less so. So in this little blog series, The Cooperation Chronicles, we are going to profile true stories of human cooperation. These stories are meant to warm the heart and remind us all of the wonders of working and playing together. 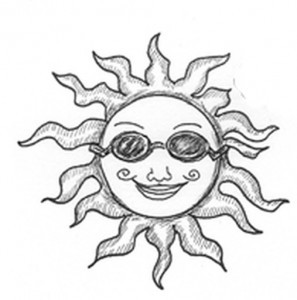 Today’s Cooperation Chronicle profiles The Green Team, four middle-school girls in Coral Gables,Florida and the movement they started at their school to save energy. Their initiative was successful in the extreme with win-win effects all over the place for everyone.

Maddi Cowen, Larissa Weinstein, Nicole Matinez, and Melissa Quintana were alarmed about sea level rise in their region of Florida due to climate change. They wondered if there was anything they could do. The girls got serious about working with one another and with other people in their school and community toward a common goal. The Green Team, a school-based organization whose mission was to mitigate climate change by reducing energy consumption at the school level, was born.

Sea-level rise is a severe threat to Miami. As Maddi herself states, the economic losses projected to occur in Miami due to sea-level rise are greater than losses at any other coastal city in the world.

The Green Team started by going around from homeroom to homeroom gathering interested students to do small things to save energy such as turning off lights and computers when not in use. Soon, school officials were working with the kids and bigger steps were taken. 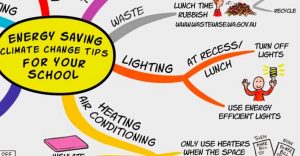 Air conditioners got switched off in favor of opening doors, a recycling program was launched, and the school roof was even painted white. The school formed a collaboration with a local non-profit Dream In Green, which supplied resources and assistance for the school-wide energy-saving campaign. Again quoting Maddie, “We didn’t just do this ourselves. We built an entire network with faculty, administration, students and other members of the community…Going green is a win-win situation for everybody” Principal Libby Gonzales commented on the degree of community mindedness when she said “Not only are we making a change at the school level, but we are trying to make a change city-wide, nation-wide, world-wide.” To date, the Green Team initiative has saved over $50,000 for George Washington Carver Middle School in Coral Gables Florida by reducing resource consumption. More importantly, they have contributed to the overall global shift toward sustainability.

This is a story of climate change, but not just in the sense of mitigating global warming. It’s also a happy tale about climate change in the sense of changing school climate, for the Green Team project fostered a positive sense of community within the school, replacing fear, apathy, and separation with unity and mutual appreciation.

You can watch a free video of this story, called Dreaming In Green, at the Young Voices for the Planet website. Here is the link http://www.youngvoicesonclimatechange.com/movie_dreaming.php

The Cooperative Games blog is the random musings of a cooperative games aficionado,
educator, and proponent of the cultural shift toward we not just me. I’m Suzanne Lyons, founder of CooperativeGames.com. Come on in, pull up a chair, and let’s chat!

Teachers: Note that there is a free Dreaming In Green curriculum that you can use in conjunction with the video of this story. Check it out! Again go to:  http://www.youngvoicesonclimatechange.com/movie_dreaming.php  Also, I myself co-authored a climate-change teaching manual with Lynne Cherry, producer of the Young Voices for the Planet films and Juliana Texley PhD, current President of the NSTA. Our book is called Empowering Young Voices for the Planet, published in 2014 by Corwin Press. It’s full of win-win stories of kids working together to help the environment, as well as hands-on activities for your students that support those stories.